I love collecting Cleveland Indians baseball cards. Those adventures appear at www.tribecards.net. This page will highlight certain posts from that site among other aspects of my collecting habit.

Blogging about the baseball team from Cleveland and their boys on bits of cardboard. Plus, giveaways and stuff.

Off Topic: 1993 Leave It To Beaver Model Airplane Magazine Card 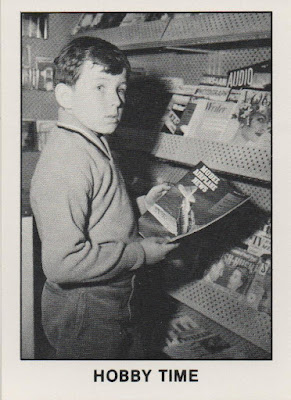 One of my favorite hobbies is writing for "A Pack to Be Named Later," where the goal of the group is open at least one pack of every collectible card ever made. Within that, I go out of my way to find weird packs of cards, such as the 1993 Pacific Leave It To Beaver (above).
As you see in the picture, Beaver is holding a "Model Airplane News" magazine. When I posted the card, Bo did some poking around and found that the issue of Vogue was from 1960. So, I went on a quest to see if I could find the magazine that Beaver is holding.
After a bit of searching, I was able to find it! The issue in hand is the March 1960! In the enlarged photo above, you can make out the USAF and the TA-143, but everything else is a bit harder - partly because it is small text and partly because he is bending the corner. But, this is it: 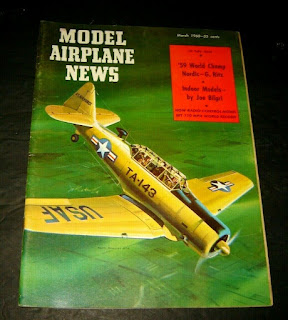 The hobby of collecting cards, baseball or otherwise, often leads to us chasing wild geese and falling down rabbit holes. In this case, we chased an airplane on the cover of a magazine from 1960. And we came up Aces!
Author: --David
My Own Custom Cleveland Baseball Cards (1981 Topps Style) 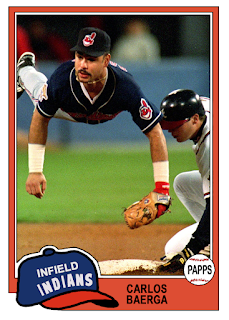 A couple years ago, I started a project in which I was going to create a custom set of Indians cards. The set would include EVERY player to have played for the Tribe. I used the 1981 Topps layout because that's one of my all-time favorite sets. Below are the cards I was able to complete. There are subsets within the main set. They include the "81-on-81" (1981 Topps cards on my 81 Topps design), "The Jerseys" (Featuring jerseys from various eras), "Mascots and Logos" featuring mascots and various iterations of Wahoo and other logos, "Alternate Images" and there were probably others that have escaped my brain at the moment. I used the name "PAPPS" in the baseball because my granddaughter calls me "PAP" and there is no better reason in the world that I can think of. 🙂

These pics represent players whose first names start with A, B, some C, and then some random folks that I made along the way. Click on images to see the full version. My personal versions do not have the watermark, of course. 🙂

I may pick up the project in the future, but with the team name change and all, it's probably a dead project at this point. I thought it would be fun to share anyway (not necessarily in any order other than how Blogger uploaded them):

Welcome to Guardians Baseball Cards. Well, I assume that's what we'll call this joint now. I'm actually fine with the name. Would I have preferred others over it? Sure. But, meh. It is what it is.

As for the logo and font design, though!? The organization has the prime opportunity to REBRAND itself. Quite literally. Drop the old 50's-70's font style. Heck, why even keep the same color scheme? Well, okay, keep the red, white, and blue. You know, 'Murica and all. 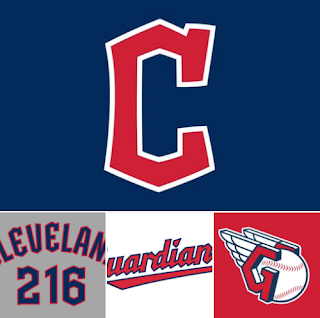 Just... no. I can only hope these are potential options, though I am sure we are too far into things now for them to just be concept art. Look, folks, even Coke messed up when they did New Coke. Okay? we get it. You tried. This fails on every level. Now, hire a real brand marketing and design company and find some self respect.

I do wonder now, though, if they will ink a deal with GoGuardian...