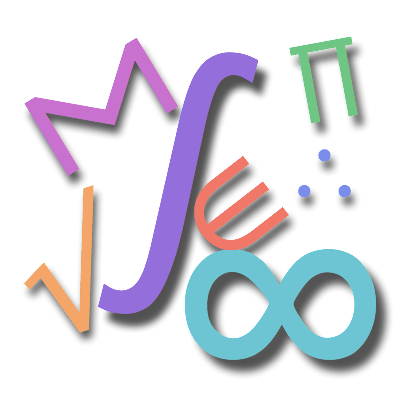 So, basically, this author rewrites “The Matrix” with a focus on mathematics as the basis for the simulation. Though the article raises certain questions, it doesn’t really address the “So What” part of the discussion. That is, if we are actually part of some computer/mathematical simulation, so what? What changes?

Let’s assume we are part of some simulation. Now we know. Or think we know. Eventually, someone decides they’ve seen enough to believe it and they do what? Suppose we are each a bit of AI running inside this simulation. We are each our own “The Sims” character. Could we break out of character? If so, what does that look like?

In a weird sort of way, it makes sense to think of our world, our universe, as some kind of simulation on several different levels. Scientifically, through mathematics, it makes sense as described in the article because we accept that certain aspects of life (again, concentrating on math) would be discovered regardless of WHO made the discovery. The article uses Pythagoras as an example: we’d still have the formula/theory even if it were “discovered” (invented is more accurate, as all math is an invention of the human mind… or is it?) by Harmonias.

Many religions view our universe as a simulation-esque model as well. How so? There is on overseer (or multiple overseers) who know everything about every human on every planet. Granted, most religions center on Earth. Think about games like “The Sims” and compare the user’s role to that of a deity in religion: for the most part, you let your little people do what they want. Every now and then, you intervene for one reason or another: You want to start the game over, so you wipe them all out; Your characters are sick, so you help them “learn” ways to get better; You provide tools to help your characters “learn” how to improve their simulated lives.

We have other simulations as well: How about the whole “Civilization” series of games? In those, the role of deity is even more pronounced. In those games, the player provides means by which their simulated populations learn how to move from wayward nomads to townsfolk to city-dwellers, all the while building armies to defend/attack other simulated communities.

What if this whole world is nothing but a simulation? Well, now we get into the whole “Matrix” concept, but instead of there being a pill to swallow that helps one escape from it, there is no escape. It’s all simulation. Perhaps that explains why AI scares so many people: If we are AI and we are creating AI, where does it stop?  How do the rules change?

What if we are in a simulation, but we happen to know some of the instructions from the manual because those instructions govern the rules by which we operate? For example, The Bible has long warned folks of impending destruction. The book of Revelation talks of the end of things and of a new Heaven and New Earth. If all of this were to be simulated, then a New Heaven and New Earth make perfect sense in terms of a mathematical/computer simulation. How? It’s the reset.

When playing a game or running a simulation, the player always has the option to restart the game/simulation. The Bible talks of the end times in which people do not die, but are simply “caught up” to Heaven. In a simulation, characters die. But, if the player resets the game, the characters who were still “alive” in the game simply cease to exist. They don’t die in the game. In fact, when the game is restarted, certain set characters would simply be “reborn” to appear in the next version of the game.

It’s an interesting proposition. Again, though, so what? What are the possibilities, and perhaps consequences, of using the knowledge that we are but a simulation in a program? What does one do with that? There are still the rules of the game – if a being stops paying bills, the simulation rules dictate what happens to said being. If there is no escape, if there is no exit, then to what end is it any good to know one is simply part of a simulation? As they used to say on the cartoon “GI Joe,” ‘Knowing is half the battle.’ So, then, what is the other half in this scenario?

(Snarky Content Ahead) Until we figure out what to do with that knowledge, here is my request: If all of this is a simulation, and the being(s) in charge of the simulation are aware of my typing this, then how about a cheat code or two given in my general direction? I’m not asking for much, either: How about a full health restore that would make me feel like I’ve started over and maybe a cashflow injection to my simulated bank account. Again, not infinite money, but enough that I could go around using it for good to help offset the bad. That’d be great, thanks. (End of Snarkiness)